Last week saw the popularization of some older news about a misunderstanding, prompted by an error caused by technological limitations of mobile phones, that resulted in two deaths and three imprisonments. The whole sad story took place in Turkey. You can read the original story in the Turkish language Hürriyet.

Basically, Emine and her husband Ramazan Çalçoban has recently been separated and were feuding daily on their mobile phones and over SMS text messages. At one point, Ramazan sent a message saying, “you change the subject every time you get backed into a corner.” The word for “backed into a corner” is sıkısınca. Notice the lack of dots on the i’s in the word. The very similar sikisince — spelled with dots — means “getting fucked.” Ramazan’s mobile phone could not produce the “closed” dotless ı so it he wrote the word with dots and sent it anyway. Reading quickly, Emine misinterpreted the message thinking that Ramazan was saying, “you change the subject every time they are fucking you.” Emine showed the message to her father and sisters who, outraged that Ramazan was calling Emine a whore, attacked Ramazan with knifes when he showed up at the house later. In the fight, Ramazan stabbed Emine back and she later died of bleeding. Ramazan committed suicide in jail and Emine’s father and sisters were all arrested.

This is certainly the gravest example of a revealing error I’ve looked at yet and it stands as an example of the degree to which tiny technological constraints can have profound unanticipated consequences. In this case, the lack of technological support for characters used in Turkish resulted in the creation of text that was deeply, even fatally, ambiguous.

Of course, many messages sent with SMS, email, or chat systems are ambiguous. Emoticons are an example of a tool that society has created to disambiguate phrases in text-based chatting and their popularity can tell us a lot about what purely word-based chatting fails to convey easily. For example, a particular emoticon might be employed to help convey sarcasm in a statement that would have been obvious through tone of voice. One can think of verbal communication as happening over many channels (e.g., voice, facial expressions, posture, words, etc). Text-based communication technologies provide certain new channels that may be good at conveying certain types of messages but not others. Emoticons, and accents or diacritical marks for that matter, are an attempt to concisely provide missing information that might be taken for granted in spoken conversation.

Any communication technology conveys certain things better than others. Each provides a set of channels that convey some types of messages but not others. The result of a shift toward many technologies is lost channels and an increase in ambiguity.

In spoken Turkish, the open and closed i sounds are easily distinguishable. In written communication, however, things become more difficult. Some writing system are better at conveying these tonal differences. Hebrew, for example, historically contained no vowels at all! And yet, the consequence of not conveying these differences can be profound. As a result, Turkish speakers frequently use diacritics and the open and closed i notation to disambiguate phrases like the one at the center of this saga. Unfortunately the open and closed i technology is not always available to communicators. Notably, it was not available on Ramazan’s mobile phone.

People in Turkey have ways of coping with the lack of accents and diacritical marks. For example, some people would choose to write sıkısınca as SIKISINCA because the capital I in the Roman alphabet has no dot. Emoticons are similar in that they are created by users to work around limitations of the system to convey certain messages and to disambiguate others. In these ways and others, users of technologies find creative ways of working with and around the limitations and affordances imposed on then.

With time though, the users of emoticons and all-caps Turkish words stop seeing and thinking about the limitations that these tactics expose in their technology. In fact, it is only through errors that these limitations become familiar again. While we cannot undo the damage done by Ramazan, Emine and her family, we can “learn from their errors” and reflect on the ways that the limits imposed by our communication technology frames and affects our communications and our lives. 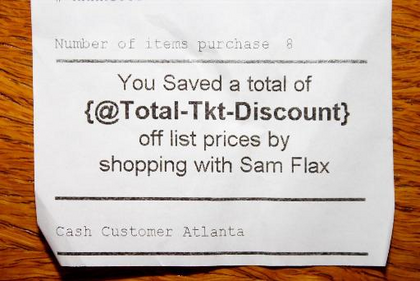 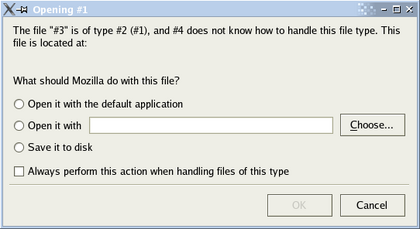