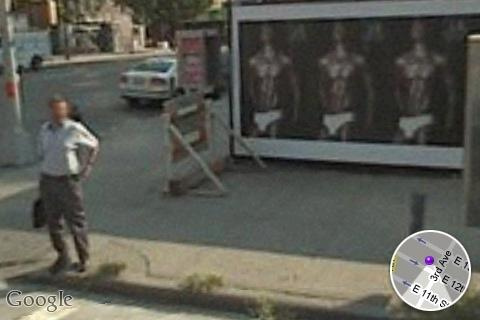 I’ve beat up on Google News before but something happened this week that made me (and many of you who emailed me) believe it worth revisiting the topic.

On September 9th, a glitch in the Google News crawler caused Google News to redisplay an old article from 2002 that announced that UAL — the company that owns and runs United Airlines — was filing for bankruptcy. The re-publication of this article as news started off a chain-reaction that caused UAL’s stock price to plummet from more than USD$11 per share to nearly $3 in 13 minutes! After trading was halted and the company allowed to make a statement, the stock mostly (but not completely) recovered by the end of the day. During that period, USD$1.14 billion dollars of shareholder wealth evaporated.

Initially, officials suspected stock manipulation but it seems to be traced back to a set of automated systems and “honest” technical mistakes. There was no single error behind the fiasco but rather several broken systems working in concert.

The mess started when Chicago Tribune, who published an article about UAL’s 2002 bankruptcy back in 2002, started getting increased traffic to that old article for reasons that are not clear. As a result, the old article became listed as a “popular news story” on their website. Seeing the story on the popular stories list, a program running on computers at Google downloaded the article. For reasons Google tried to explain, their program (or “crawler”) was not able to correctly identify the article as coming from 2002 and, instead, classified it being a new story and listed it on their website accordingly. Elsewhere, the Tribune claimed that they notified Google of this issue already. Google denies this.

What happens next is somewhat complicated but was carefully detailed by the Sun-Times. It seems that a market research firm called Income Securities Advisers, Inc. was monitoring Google News, saw the story (or, in all probability, just the headline “UAL files for bankruptcy”) and filed an alert which was then picked up by the financial news company Bloomberg. At any point, clicking on and reading the article would have made it clear that the story was old. Of course, enough people didn’t click and check before starting a sell-off that snow-balled, evaporating UAL’s market capital before anyone realized what was actually going on. The president of the research firm, Richard Lehmann, said, “It says something about our capital markets that people make a buy-sell decision based on a headline that flashes across Bloomberg.”

Even more intriguing, there’s a Wall Street Journal report that claims that the sell-off was actually kick-started by automated trading programs that troll news aggregators — like Bloomberg and Google news. These programs look for key words and phrases and start selling a companies shares when they get sense “bad” news. Such programs exist and, almost certainly, would have been duped by this chain of events.

While UAL has mostly recovered, the market and many outside of it learned quite a few valuable lessons about the technology that they are trusting their investments and their companies to. Investors understand that the computer programs they use to manage and coordinate their markets are hugely important; Financial services companies spend billions of dollars building robust, error-resistant systems. Google News, of the other hand, quietly became part of this market infrastructure without Google, most investors, or companies realizing it — that’s why officials initially suspected intentional market manipulation and why Google and Tribune were so suprised.

There were several automated programs — including news-reading automated trading systems — that have become very powerful market players. Most investors and the public never knew about these because they are designed to work just like humans do — just faster. When they work, they make money for the people running them because they can be just ahead of the pack in known market moves. These systems were revealed because they made mistakes that no human would make. In the process they lost (if only temporarily) more than a billion dollars!

Our economy is mediated by and, in many ways, resting in the hands of technologies — many of which we won’t know about until they fail. If we’re wise, we’ll learn from errors and think hard about the way that we use technology and about the power, and threat, that invisible and unaccountable technologies might pose to our economy and beyond.

In the very first thing I wrote about Revealing Errors — an article published in the journal Media/Culture — one of my core examples was Google News. In my discussion, I described how the fact that Google News aggregates articles without human intervention can become quite visible through the site’s routine mistakes — errors that human editors would never commit. I gave the example of the aggregation of two articles: one from Al Jazeera on how, “Iran offers to share nuclear technology,” and another from the Guardian on how, “Iran threatens to hide nuclear program.” Were they really discussing the same event? Maybe. But few humans would have made the same call that Google News did.

Yesterday, I saw this article from Network World that described an error that is even more egregious and that was, apparently, predicted by the article’s author ahead of time.

In this case, Google listed a parody by McNamara as the top story about the recent lawsuit filed by the MBTA (the Boston mass transit authority) against security researchers at MIT. In the past, McNamara has pointed to other examples of Google News being duped by obvious spoofs. This long list of possible examples includes a story about congress enlisting the help of YouTube to grill the Attorney General (it was listed as the top story on Google News) and this story (which I dug up) about Paris Hilton’s genitals being declared a wonder of the modern world!

McNamara has devoted an extraordinary amount of time to finding and discussing other shortcomings of Google News. For example, he’s talked about the fact that GN has trouble filtering out highly-local takes on stories that are of broader interest when presenting them to the general Google News audience, about its sluggishness and inability to react to changing news circumstances, and about the sometimes hilarious and wildly inappropriate mismatches of images on the Google News website. Here’s one example I dug up. Imagine what it looked like before it was censored!

As McNamara points out repeatedly, all of these errors are only possible because Google News employs no human editors. Computers remain pretty horrible at sorting images for relevance to news stories and discerning over-the-top parody from the real thing — two tasks that most humans don’t have too much trouble with. The more generally inappropriate errors wouldn’t have made it past a human for multiple reasons!

As I mentioned in my original Revealing Errors article, the decision to use a human editor is an important one with profound effects on the way that users are exposed to news and, as an effect, experience and understand one important part of the world around them. Google News’ frequent mistakes gives us repeated opportunity to consider the way that our choice of technology — and of editors — frames this understanding.